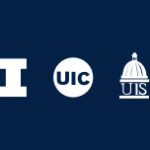 Menu
Go Back
Next Program

The Edgar Fellows Program focuses on developing leadership and governing capacity in Illinois.

The Edgar Fellows Program focuses on developing leadership and governing capacity in Illinois. It emphasizes the need to forthrightly address major policy issues without permitting partisan, ethnic, and regional rivalries to trump statesmanship. It is designed to influence attitudes and foster mutual understanding. It holds the promise of facilitating bipartisan and cross-regional cooperation as class participants––diverse in race, gender, political persuasion, and geography––assume more influential public leadership roles. At no cost to them––other than transportation to and from Urbana-Champaign––Edgar Fellows participate in an intensive five-day executive leadership training program on the campus of the University of Illinois Urbana-Champaign.   It’s been five decades, but Jim Edgar often reflects on one character-honing moment. As a young aide to W. Russell Arrington, the Senate Republican leader and most dominant force in the Illinois General Assembly, Edgar tried to comfort his distraught boss at the close of a legislative session by suggesting the impasse on a critical transportation issue actually might benefit the leader politically. “That’s not the point, Jim,” replied Arrington. “We’re here to solve problems, and we didn’t solve the problem.” When Edgar became Illinois’ 38th governor in 1991, he inherited what was then the largest budget deficit in the state’s history. Eight years later, he left a $1.5 billion cushion for his successor. The Republican chief executive worked with Democratic legislative majorities for six of his eight years in office to erase the deficit, balance the budget, and move the state forward in education and other key areas. The downstate governor worked on a bipartisan basis with representatives and senators from every corner of Illinois––including the four legislative leaders from the Chicago metropolitan area. Now he is sharing the lessons from his distinguished career in public service with emerging leaders from public and private sectors throughout the state. Crises in state finance and other crucial areas frequently result from crises of leadership––paralysis caused by political posturing and provincialism. As many as 40 up-and-comers are selected annually to become Edgar Fellows. Among their teachers are Governor Edgar and others who have excelled in the public arena—practitioners as well as researchers and scholars. The Fellows learn about leadership skills, strategies, and expectations through sessions designed to inform and inspire. In addition to the in-person program, the participants are afforded opportunities to continue their education through social networking and other forms of high-tech communication. They also are invited to join sessions designed to brief them on crucial policy issues. 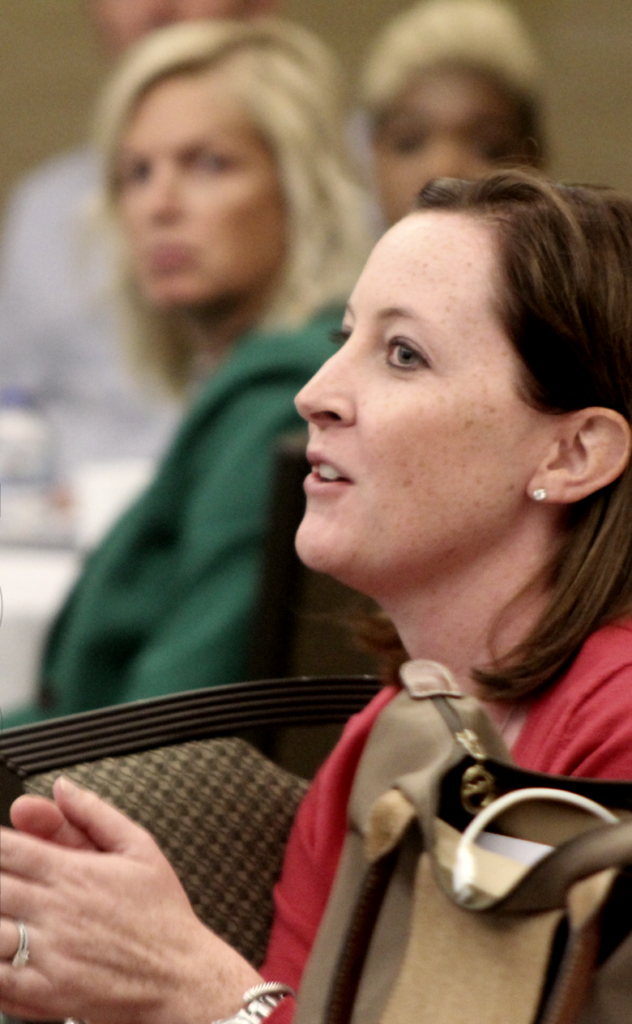 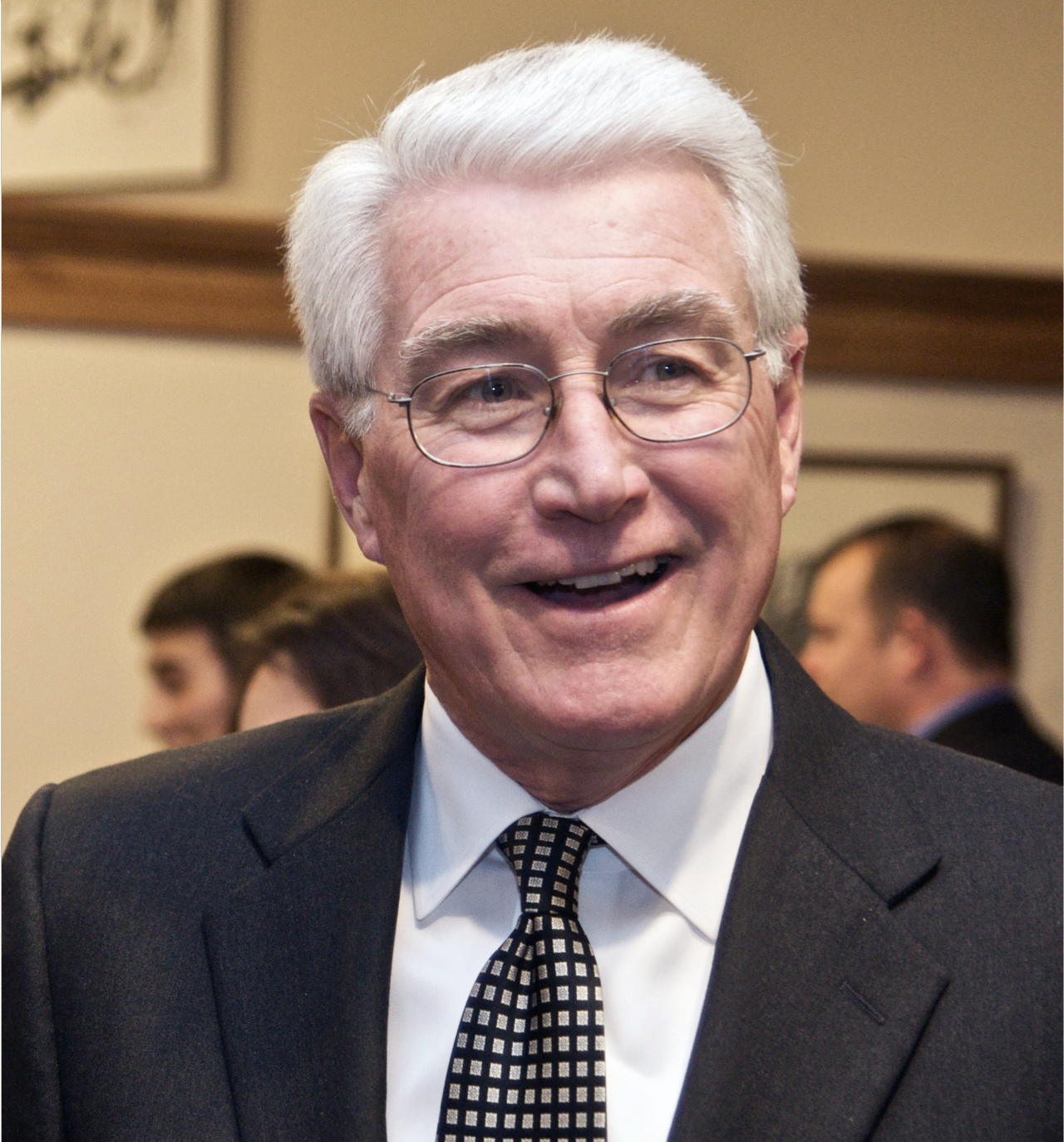 It is vital to Illinois’ future that we develop leaders at the state and community who work together to meet challenges by making regional, ethnic and partisan differences secondary to solving problems

As the 38th Governor of Illinois, Jim Edgar inherited what was then the largest deficit in the state’s history. He made hundreds of millions of dollars in budget cuts. He found ways to deliver services more efficiently and effectively, reducing the state workforce by 2,500 employees. He eliminated a backlog of $1 billion of unpaid health care bills. He provided income tax relief and left an unprecedented $1.5 billion in the treasury for his successor. Governor Edgar also reformed welfare through innovative initiatives to move recipients from dependence to independence. He saved homeowners billions of dollars by proposing and winning legislative approval for caps on property taxes. He fought for––and won––legislation to assure an adequate funding level for each and every school child in Illinois. He and First Lady Brenda Edgar won national recognition for their adoption initiative that took Illinois from the bottom to the top among states in placing children in loving homes. Edgar was elected governor in 1990 and re-elected by the widest plurality any incumbent Illinois governor has received, carrying 101 of the state’s 102 counties, including Cook. His announcement that he would not seek a third term surprised the Illinois media and political insiders, who cited poll numbers that indicated he had earned the highest approval rating of any Illinois chief executive and was in a strong position to win again. As he was leaving office, the Chicago Tribune stated that Governor Edgar’s “instincts and motives were as sound as those of any governor the state has had.” Edgar’s stewardship capped three decades of public service. He distinguished himself as a key aide to government leaders, a member of the General Assembly and as Secretary of State, where he led a crackdown on drunk drivers, won approval for a law requiring lllinois motorists to carry insurance. After retiring from elective office, Governor Edgar was a resident fellow at the John F. Kennedy School of Government at Harvard. He has continued his commitment to responsible and responsive government as a distinguished fellow at the University of Illinois’ Institute of Government and Public Affairs. He spearheads the Edgar Fellows program, which brings together emerging leaders from all parts of Illinois to foster the statesmanship that will address major challenges across regional, partisan, and ethnic lines. Governor Edgar also lectures to students at the U of I and in colleges and universities throughout the state and serves on several corporate and non-profit boards. He is president emeritus of the Abraham Lincoln Presidential Library Foundation.

As many as 40 up-and-comers are selected annually to become Edgar Fellows. They include leaders from state and local government, community groups, civic organizations, and the private sector. Each class includes Fellows from Chicago, the suburbs, and downstate Illinois and reflects the gender, racial, political, and geographic diversity of Illinois. 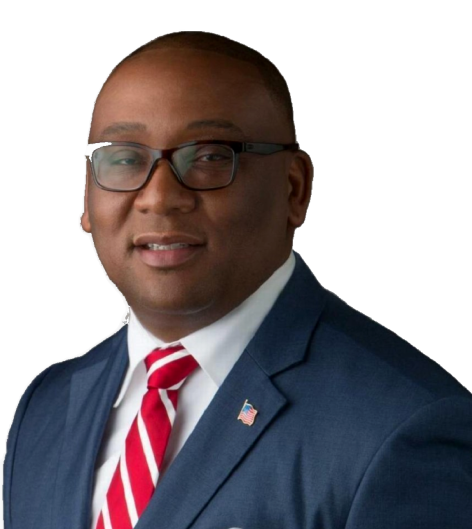 Access member only content below and stay up to date with the with whats going on within our Edgar Fellows program as it evolves. 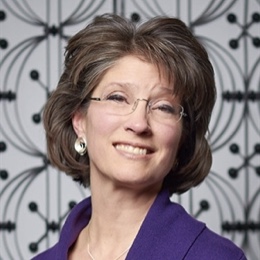 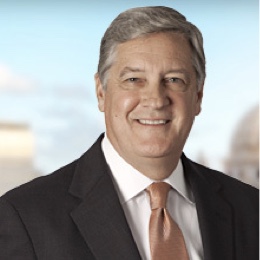 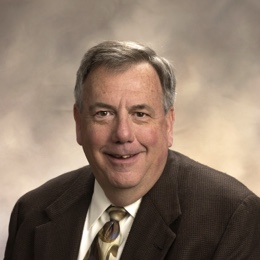 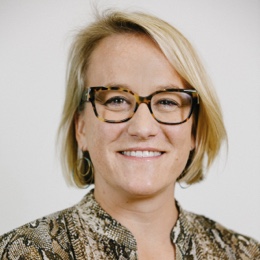 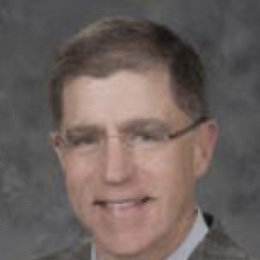 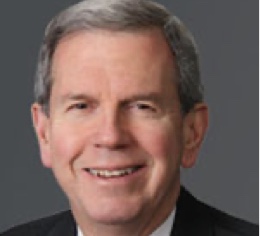 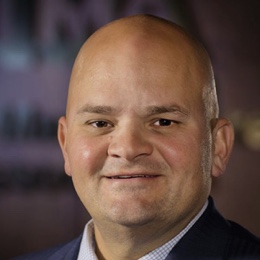 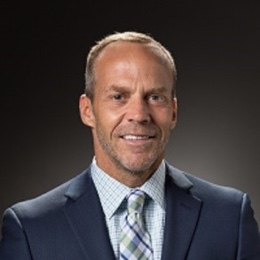 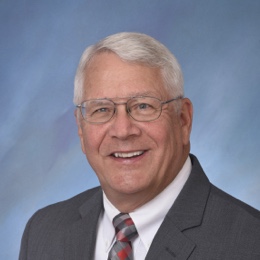 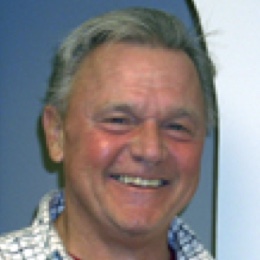 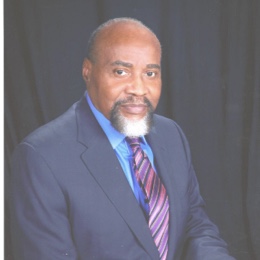 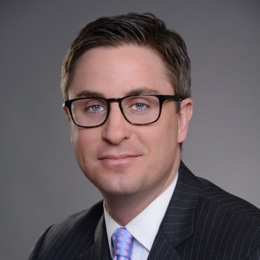 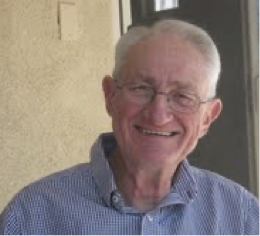 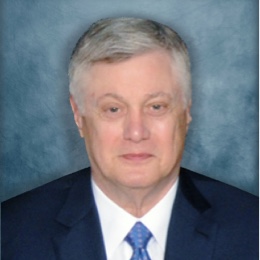 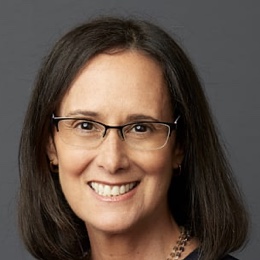 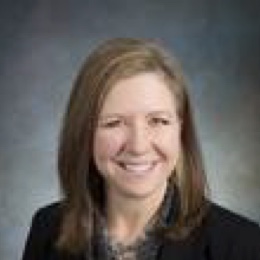 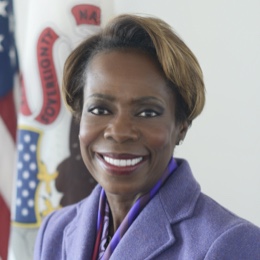 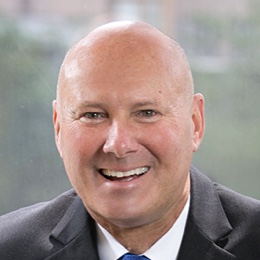 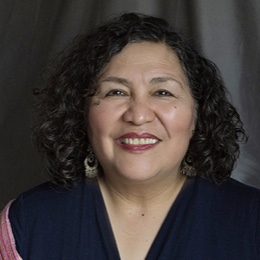 Affiliation President and CEO, Latino Policy Forum and member, University of Illinois Board of Trustees 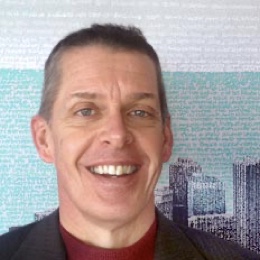 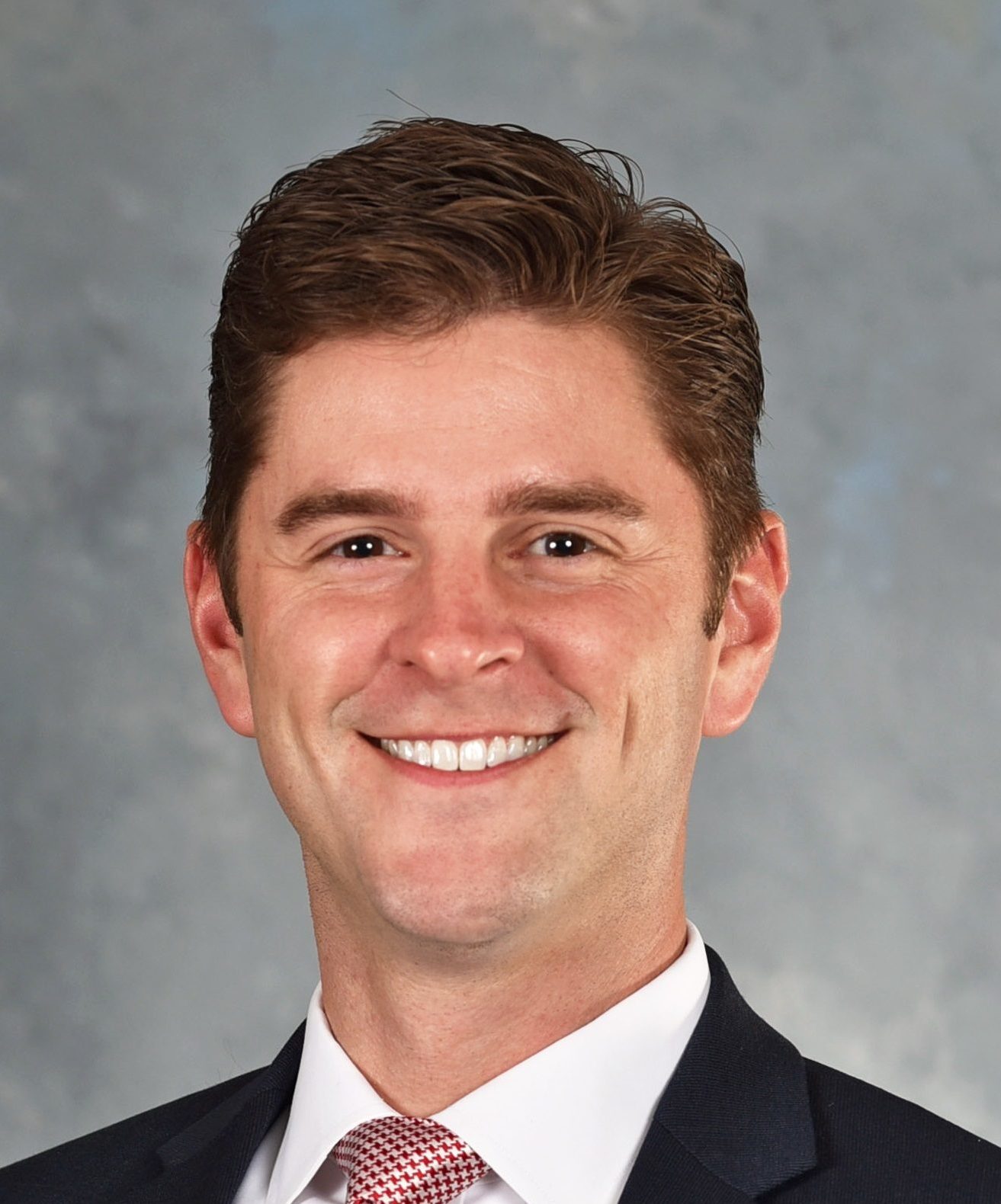 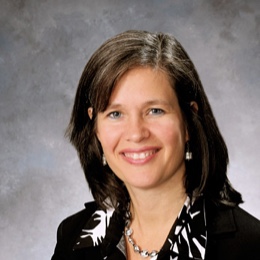 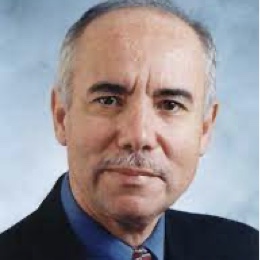 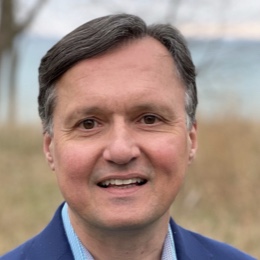 I represent Central Illinois. However, I think those who elect me want me to understand the complexity of our entire state, not just where I'm from. The opportunity the Edgar Fellows program has provided me is to learn and build some of those relationships that will be helpful for me in serving my district.

The Edgar Fellows program was phenomenal. I left inspired and ready to help organize Illinois for improvement!

The program was unique in that it provided unparalleled access to leaders who are shaping public policy in our state and nation today. In a very short time, our class formed a strong camaraderie and professional relationships that I believe will last our lifetimes.

More than ever, Illinois needs leaders who can address problems squarely and solve them by cooperating across party, regional and ethnic lines for the good of the state.

We need your help to establish a solid financial future that will allow the Edgar Fellows Program to continue developing leaders for generations to come. The endowment we raise will keep the program independent of political pressures, conflicts of interest, and state budget cutbacks, ensuring that Governor Jim Edgar’s legacy lives long and Illinois’ future remains bright.

It’s hard to be a person of color in America and not understand that the deck is stacked against you.

Maria Krysan
Professor at U of I